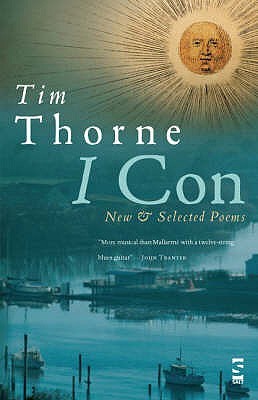 We wouldn’t be here tonight if we didn’t love both the man and his marvellous poetry – because of course you can’t compartmentalise the two – and particularly the poetry in this book, with its capacity to modify our outlook on life, even the activities as innocuous and everyday as watching the television. I imagine most of us are familiar with the slogan NEWS FROM HOME, IF YOU LIVE IN THE WORLD that’s used to promote the SBS News? I hadn’t given the slogan much thought until recently when I began paying close attention to Tim’s new book, but now I associate the two together because the territory Tim covers is similarly wide-ranging and varied, moves effortlessly from Launceston to Legoland, Bach to Conway Twitty, Treblinka to Chernobyl, the Polish Academy of Science to Salmon River Presbyterian Church … I have to admit to sympathy for CA Cranston who launched Tim’s collection Head and shin in Launceston some years ago and admitted she’d had to google the book’s many political and cultural references ….There’s a thoughtful & very readable interview with John Leonard - the ex-poetry editor of Overland magazine - that’s found its way to the Cordite Poetry Review website.

Leonard speaks of the very first poems he ever bothered to keep. “As I wrote more,’ he says, ‘the time it took me to become dissatisfied [with one of my poems] grew longer and longer, until finally, writing a poem one day, I had a clear insight that once I’d finished the drafting, this was going to be a permanent poem.” The beauty of a collection such as this book – given that it features both new and selected poems – is that it offers at first-hand the opportunity to witness a poet’s progression from earliest to very latest work … it’s a book that represents both a work-in-progress and a life-in-progress, so to speak.

Are there progressions from those earliest poems? Consistencies? Well, the political dimension remains. And the romantic in me stirs with pleasure at the continued presence of poems written or dedicated to Stephanie. Perhaps there’s less anger, maybe Tim’s mellowed … nevertheless the writing remains as sharp as ever and just as varied, Tim’s still the man who reads to write … as he once stated to Michael Denholm in an interview in the 1970s.It was in that interview some thirty years ago, in response to Michael’s question as to what he’d been reading at the moment, that Tim replied he’d been browsing through Marxist Perspectives in the Sociology of Education [particularly for its chapters on language], as well as three recent areas of interest: Antarctic exploration, Twelfth Century Europe, and a reread of Caesar’s Gallic Wars … oh, and some of Cicero’s speeches for good measure.

Such is the intellectual curiosity that informs this book - it’s not simply Tim’s wide-ranging reading habits that give dimension to the writing, it’s the ability to read and teach in foreign languages – Japanese, German – backed by a smattering of understanding in a handful of others that open up ways of seeing that might potentially subvert the orthodox and conventional … not that it’s a subversive poetry in everyone’s eyes, for many it’s liberating in the obliquity of its approach.It’s poetry not only wide-ranging in subject matter, but in its very nature, there are the memorable pieces written from the heart such as ‘Mother and Son’, ‘Love Poem for Stephanie’, and ‘The Living are Left with Imagined Lives’It’s poetry of hope, as the following lines suggest when referring to the time that the poets will be free to return to the streets of Baghdad:In the wine bars of Abu-Nuwwas Street we shall hear againcluster-poems explode, watch heat-seeking poemsfind their targets in the hearts and brains of friends.And it’s a poetry questioning fundamental assumptions about society and its future- a pragmatic poetry of hard truths, far too honest for some who mistrust the reliability of poetry to toe the line in the name of propriety.What else?

Well, it’s politically edgy, as the poem ‘Melody for a Hard Summer’ demonstratesThe tinkling dilettantes of the Leftspin off in sheets, makewords at each other. Purityis the gladwrap of politics-compromise the mouldy sandwich.And finally, there’s the dimension to Tim’s poetry that comes within the realms of authorial integrity, and I’d like to read the opening lines of the poem on page 180, ‘Writing the world’Metaphor’s glib- the poem as …suicide bomber, detainee,wild river.

the problem alwaysto live the meaning, when to writeonly is at best to catalogueor preach, cop out at worst.These are lines that remind me of what many suggest of the outcome of the 2020 Summit in Canberra a fortnight ago, the conclusion that good ideas without action mean nothing. Clever words can charm and entertain, when they’re grounded they take on another dimension.

If you’re familiar with Tim’s poem ‘Dentist’s Waiting Room’, you might recall the reference to Ten Days of Ten Eighty, indicating initially an aversion to forestry as it’s been practiced throughout the State - with its culmination in recent years, ultimately, to hostility to the building of a pulp mill up the road a bit from West Launny. Ten Days of Ten Eighty – five words focussing on both a festival and a toxin. Just clever words? Is there a corollary here between words and action? Who was it, I wonder, who with Peter Cundall and Janie Finlay was instrumental in the formation of Campaign for a Clean Tamar Valley?

who was it who put his name to the group’s bank account ?But why stop there? I remember asking Tim recently about the people he counted as friends – people he looked up to. Unsurprisingly, a number of them are poets – Chris Mansell, Alan Wearne, Jennifer Maiden – there are many. ‘Poets – despite all the cliches – stack up pretty well,’ Tim said. In this book you’ll find references to the genius of poets, even the idle meditation on whether the best poets should be reincarnated. If you ever wanted to do something with that respect, to channel it for the benefit of those you hold in high esteem … well, establishing a poetry festival isn’t bad for openers, especially one that comes to be revered for its generosity.

And stepping in to publish their work isn’t a bad follow-up, particularly in becoming the type of publisher Mark Davis refers to as beacons of hope in an industry dominated by global conglomerates- … critiquing the idea that markets are the measure of all things.I haven’t even mnetioned Tim’s political activities at a grass roots level with We the People, but that too is an involvement that goes hand in hand with the witty and satirical and ironic postulations you’ll find in his poetry.

So if, like me, you find the indivisibility of the poet from his poetry to be utterly compelling, please join with me in celebrating the launch of Tim’s book and in looking forward to hearing him read.

Comments
Comments for "I Con":