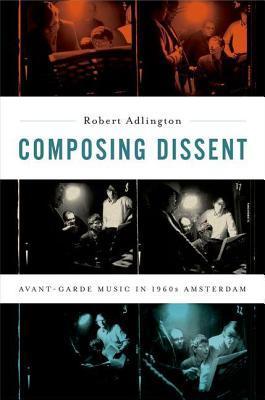 Fundamental to their activities in the sixties was a pronounced commitment to social and political engagement. The lively culture of activism and dissent on the streets of Amsterdam prompted an array of vigorous responses from these musicians, including collaborations with countercultural and protest groups, campaigns and direct action against established musical institutions, new grassroots performing associations, political concerts, polemicising within musical works, and the advocacy of new, more democratic relationships with both performers and audiences.

These activities laid the basis for the unique new music scene that emerged in the Netherlands in the 1970s and which has been influential upon performers and composers worldwide. This book is the first sustained scholarly examination of this subject. It presents the Dutch experience as an exemplary case study in the complex and conflictual encounter of the musical avant-garde with the decades currents of social change.

The narrative is structured around a number of the decades defining topoi: modernisation and the new- anarchy- participation- politics- self-management- and popular music. Dutch avant-garde musicians engaged actively with each of these themes, but in so doing they found themselves faced with distinct and sometimes intractable challenges, caused by the chafing of their political and aesthetic commitments. In charting a broad chronological progress from the commencement of work on Peter Schats Labyrint in 1961 to the premiere of Louis Andriessens Volkslied in 1971, this book traces the successive attempts of Dutch avant-garde musicians to reconcile the eras evolving social agendas with their own adventurous musical practice.